FarmBot Ships Record Number of Farming Robots to Homeowners and Schools, Bringing the Smart Home Revolution to the Backyard and Classroom 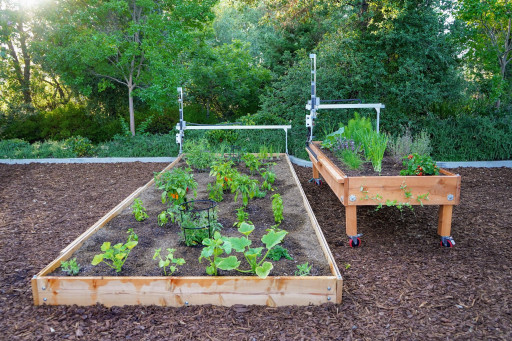 FarmBot Express and Express XL
FarmBots come 95% pre-assembled in the box and can be setup in just 1 hour.

California startup FarmBot has shipped a record number of automated farming robots in 2022 to homeowners looking for help in the garden as well as schools and universities bolstering their precision agriculture programs.

2022 marked the release of FarmBot's newest models with the following key features:

The FarmBot web app allows users to drag-and-drop their garden design like the popular video game Farmville. Then the FarmBot does the rest: it plants seeds, waters each plant according to its type, age, and the local weather, takes photos to find and remove weeds, and notifies users when the tomatoes are ripe.

FarmBots can grow many common garden veggies at the same time such as Lettuces, Onions, Radishes, Beets, Chard, Garlic, Bok Choy, Arugula, Carrots, Broccoli, and much more. By placing vining and other indeterminate crops near the ends of the bed and training them outwards, the plants can utilize double or triple the area while still being maintained by the FarmBot.

Both FarmBot Express and Genesis can grow all of the veggies needed by one person, continuously, for less cost after 2 years than shopping at the average US grocery store, while the XL bots can serve a family of four with a return on investment period as short as 1 year.

All hardware is made of stainless steel, aluminum, and weatherproof plastics, allowing FarmBot to be installed outdoors or on rooftops in all weather conditions as well as in greenhouses or indoors. FarmBot is also 100% open-source, meaning all of the CAD models, electronic schematics, software, and data are freely available online for everyone from tinkerers to teachers to learn more and customize their machine.

All models are in stock and available for immediate worldwide shipping from FarmBot's California warehouse, with free shipping offered to US customers. With Spring fast approaching, now is the best time to order a kit at farm.bot.

FarmBot aims to bring open-source precision ag tools to every backyard and classroom. Our top of the line model, FarmBot Genesis XL, can continuously grow a family of four all of their daily vegetable needs and offers the most features and customizability. Our most affordable model, FarmBot Express, comes 95% pre-assembled in the box and can be installed in under an hour. Join us in taking back control of the food system! See media.farm.bot for our full press kit. 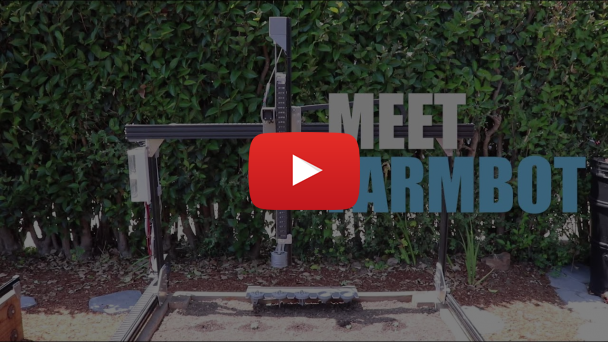 Original Source: FarmBot Ships Record Number of Farming Robots to Homeowners and Schools, Bringing the Smart Home Revolution to the Backyard and Classroom