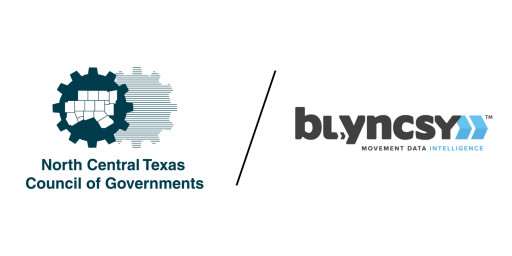 Through this new contract, agencies throughout the nation can deploy computer vision technology on roads to monitor work zones and update WZDx feeds.

Payver leverages the power of artificial intelligence and crowdsourced visual imagery from dashcams to provide automated work zone surveys. This technology collects street-level imagery from over 400,000 weekly active drivers nationwide and assesses the condition of assets in the images in as little as 60 seconds of a vehicle passing. Payver provides agencies with cutting-edge tools to leverage this data in their operations. For real-time work zone reporting, this means that Payver can automatically detect work zones and related equipment, permitted or not, and directly update public feeds and notify relevant authorities so that information is shared with road users in a timely fashion.

NCTCOG consists of 16 counties, numerous cities, school districts, and special districts. This voluntary association of, by, and for local governments strengthens the individual and collective power of local governments and helps them recognize regional opportunities and make collective decisions. NCTCOG is one of the most advanced regions in preparing for connected and autonomous vehicles with over 7 million residents in the region and significant freight traffic coming into the region. Payver will allow users to provide proactive monitoring of the location and conditions of work zones on over 16,000 miles of roadway throughout the region in order to allow these counties, cities, and districts to participate in the WZDx project and notify drivers in order to know what's on the road ahead.

"We recognized the need to drive roadway information data collection and make that information more readily available to the many roadway users in the nation using the Federal WZDx data exchange, and in the process, we saw an opportunity to support the rest of the nation's roadway operators which collectively can improve the safety and efficiency of our roadways," said Craigan Johnson of NCTCOG.

The procurement was initiated by the Technology and Innovation program area in NCTCOG's Transportation Department, which is headed by Thomas Bamonte. The TxSHARE procurement is a cooperative procurement that public entities around the country can use in lieu of having to do their own procurement. This allows the rest of the nation to harness the innovation that is being accelerated in the Dallas metro area, saving taxpayers money and improving the safety and reliability of their roadways.

According to the FHWA, there were a total of 857 work zone traffic fatalities in 2020. Real-time, cohesive data will allow for proper maintenance and safer work zones. A lack of common data standards and convening mechanisms makes it difficult and costly for third parties to access and use this data across various jurisdictions. The Work Zone Data Exchange was created in order to make data more accessible by creating a common language for describing work zone information and, in turn, increasing safety.

"NCTCOG has single-handedly enabled the rest of the nation to activate and utilize this powerful new tool that will drive efficiency and improve safety on the interstate highway system. Payver allows all roadway operators to automatically detect their work zones and communicate them to the traveling public, human or automated drivers alike," said Blyncsy CEO, Mark Pittman. 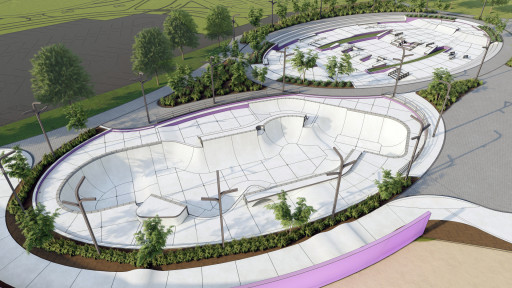 VISTA, Calif., February 3, 2023 (Newswire.com) - The world's best skateboarders are performing their newest tricks this week at the massive Aljada Skatepark in Sharjah, UAE. Designed and built by California Skateparks, Aljada is hosting the World Skate 2022 World Championships for both Street and Park disciplines. After the new Champions are named next week, Aljada will remain as a permanent skatepark serving local youth.

"The facility is unique and has beginner, intermediate, and elite competition-level Street and Park courses and covers almost 90,000 square feet (8,360 square meters)," said California Skateparks VP Bill Minadeo. "This is an amazing opportunity for local youth to interact with the world's best skaters and host incredible events, like the World Championships."

The World Skate 2022 World Championships is a key qualifying event for the Paris 2024 Olympics. While the Street skaters have already competed in one qualifier in Rome last Summer, Sharjah will be the first chance for the Park skaters to earn important points to qualify for Paris.

This weekend the Street skaters have their chance to earn the World title, with the Finals in the Men's and Women's competition taking place. The Street course at Aljada features a mirrored core section, with identical elements such as stairs and rails providing equal opportunity for both goofy- and regular-stance skaters to perform. The outer perimeter of the course includes more free-form features, allowing skaters to explore opportunities for unique tricks and combinations.

Next week, the Park competitors have their turn and attention will shift to the massive bowl, which differs from recent competition bowl designs. The traditional single deep end is replaced by two nearly 10-foot (3-meter) deep ends on opposite sides of the bowl. To take full advantage of that, a long, sloping channel flows into the bowl from the deck, allowing skaters to begin their routines with maximum speed. The volcano flyover feature included in the Olympic Park course has been replaced by a hip/transfer section extending into the bowl from the side, instead of being the bowl's centerpiece.

Both the street course and competition bowl are the result of the California Skateparks design team's nearly two-decades experience creating elite competition courses. In consultation with many athletes competing in Sharjah, the designers modified traditional contest elements and complemented them with new features that match the skaters' growing level of competitiveness and evolving style of tricks. From early practice footage seen from Sharjah, evidence suggests that the California Skateparks design team got it right, including social-media posts showing how much fun visiting pros are having at Aljada. Which is great news for Sharjah's local skaters.

Statement by U.S. Secretary of Education Miguel Cardona on NCES Release of Data Regarding Mode of Instruction and School Response to COVID-19